There are a number of factors which you should take into consideration when having a security system installed in your home. Here are two such factors.

Unless you have an unlimited amount of money available, you will need to take the cost of the security system (as well as the cost of having it installed) into account when deciding which system to buy.

If you own a large number of extremely valuable or rare items (that is, items which are worth several thousand dollars or more), that would be difficult or very expensive to replace if they were stolen, then it's worth investing in a high-end security system, that comes with plenty of high-tech features (such as a motion-sensor alarm, wireless CCTV cameras, interior security doors, etc) that will make it exceptionally difficult for even the most seasoned of criminals to break into your home and steal these valuable possessions.

In this situation, a top-of-the-line security system would be a worthwhile investment, as the price of purchasing and installing this would almost certainly be a fraction of the cost of replacing any expensive goods stolen from your property.

Conversely, if you don't own anything that is worth more than a few hundred dollars and you simply want to reduce your risk of having to deal with the aftermath of a break-in, then a cheap-and-cheerful security system, consisting of a basic keypad-controlled alarm and some exterior sensor lights should suffice.

Before you begin looking at security systems online, it's a good idea to determine what your main concerns are in regards to home security.

For example, if you don't own a lot of valuable goods, but you live alone and are worried about a violent criminal getting into your home and injuring you, then you should look for a security system which addresses this concern.

In this situation, it would be a good idea to look for a system which has a 'smart' doorbell, which comes with a two-way audio feature and a video camera. This would enable you to see and communicate with people who approach your home and ring the bell, without having to open the door and potentially put yourself at risk of being assaulted.

Conversely, if your job requires you to travel a lot and you're mainly concerned that a burglar will target your home because it appears to be empty for extended periods of time, you might want to opt for a security system that includes features which will create the illusion that your house is occupied.

Features such as timers for the lights in your property, which switch them on and off randomly throughout the course of the night, along with a television simulator (a gadget which periodically flickers and changes colour to simulate the visual changes that occur on a television screen), would deter potential burglars by making it seem as if you are inside the property. 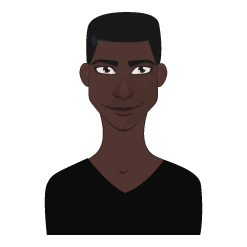 I have a lot of high end electronics, so I am pretty passionate about getting property security tags of my possessions so that if they nicked and turn up in a secondhand store later I can get them back. I have tried a few different techniques, but I'm always going back and checking if they have come back with anything less visible and better to look at - it's not that fun to buy a new slick looking smart phone and stick an unattractive ID sticker on it. If you are also looking for slick and attractive security tags for electronics, then read on.